TRACH presented a new maxi-single and a video clip 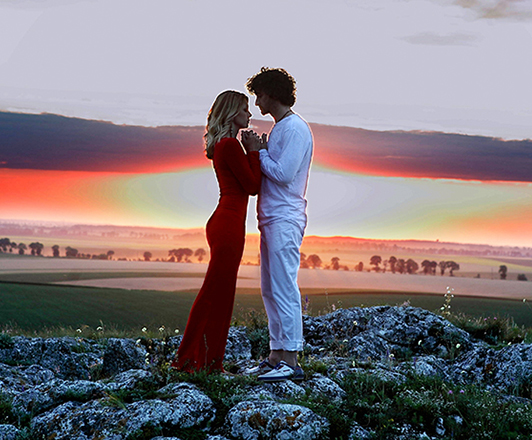 TRACH presented a new maxi-single "Ne govory" and released a video with the same name. The record consists of three songs among which the tracks "Znaesh", "Ne govory" and "Litniy doshch" have already been published. It's a result of collaboration with the famous musician, composer Andriy Pidluzhnyi, who is the co-author of the aforementioned songs.

In general, the work on recording of the submitted material took several months. At the same time, the filming of the video for the song "Ne govory" was organized by Myroslava Yarmush.

As the musician himself admitted, there was no doubt what song to shoot the video for.

“This is a special song, which has been fallen in love with listeners. "Ne govory" is a video with a peculiar message: words inspire and can destroy everything that surrounds us. To be silent at the right moment is something that we all sometimes miss very much. Because there are things you don't need to talk about. Sometimes words are inappropriate. », - the artist notes.

The clip was shot in Ukraine.

“We pondered over the locations for shooting for a long time and eventually found what we were looking for. The extraordinary Ternopil Region is a place that it has occupied since the first meeting. ”, - comments the singer.

It is interesting that the main character of the video was the director of the video Myroslava Yarmush, the daughter of the famous Ukrainian poet and prose writer Vasyl Yarmush (whose words are the basis of the song).

By the way, the new video work has become the 6th release in videography of the artist.

Gaitana, who recently presented a really hot single "Te Amo", has provided the public with a new song which is called "Snig". The new music premiere

Young Ukrainian singer Sasha Ray has released a new video for the song "Mir v tebe utonet", which became the second joint work of the artist with the studio Filatovich production group.