LETAY continue to use creatively Illya's participation in the current show «Voice of the Country» – the project released the second (after Gaitan's "Два вікна") cover. At the stage of «battles» Reznikov performed in a duet with a competitor one of the bangers of the legendary «Димна Суміш» «Кожної весни», a song that became a spring explosion 12 years ago. And again, this time the basis of arranging in the show was the concept of Illya. Traditionally, LETAY releases a studio single shortly after.

«Кожної весни» (oddly enough) is the first official cover of a song by one of the brightest Ukrainian rock bands.

«I've heard dozens of unofficial covers and only a few of them are nice to me. «Кожної весни» is the first of the official ones and I like it,», – comments Oleksandr Chemerov, the leader of the «Димна Суміш».

In turn, Reznikov recalls how he first got acquainted with the work of the band «Димна Суміш»:

«In 2008, I accidentally came across their performance at a promotional festival in Kharkіv, then listened to the holes everything that was written by them at that time. I couldn't believe that the band with such a cool sound isn’t known all over Ukraine.»

Illya, as always, looked at the song from a completely different angle than it is in the original:

«I wanted to make the sound more danceable, but I understood exactly how to realize it already during the experiments with the arrangement. Until the end, I didn’t know how Chemerov would react to such experiment, because he was doing his own projects in a completely different direction. On the other hand, we all know that as a producer he creates very different music, so maybe he will appreciate such a vision of his song.»

In the end, the author of the song liked the dance-rock power-pop of Reznikov's «Кожної весни».

«When I first heard the demo, I was pleasantly surprised that Illya made his version, and did not try to copy the manner and presentation of the original. The new reading seems quite organic to me. But it's really more interesting what people will say – both those who are familiar with the song and those who have never heard it.», – says Oleksandr.

Of course, it's always interesting what unites audiences of long-lived hits. «Кожної весни» was once perceived almost as a manifesto in a sense. Chemerov recalls:

«The song was written as a hymn to eternally blossoming young souls, an ode to endless spring. It glorifies those who are born and die with you under the stage at every concert. It's about a huge family, united by music and pure energy. People who heard "KВ" twelve years ago and those who listen to the song not so long ago feel the same emotions. The spirit of spring, honesty and eternal youth, regardless of body age, will unite any audience and even generations in two seconds.»

It was this spirit that Illya felt. Reznikov, who in his own project professes an uncontrollable do it yourself and faith in his own strength, felt the message of the track was completely organic to himself:

«I’m very resonant with the words " музика в мені розпалює вогонь, і завмирає серце ", which happens constantly when I create something… Everyone periodically needs rebirth. It is both a rebirth together with nature and a spiritual rebirth. Every winter (whether actual or figurative) we wait for this moment, and here we begin to wake up, to change something in ourselves, to feel the world, our life anew and so on. This song will be relevant as long as there is spring. Inside the person – especially!»

The cover will be included, as well as «Два вікна», as a bonus track in the LP, which LETAY plans to release by the end of spring.

Life is fleeting. Nobody knows what will happen tomorrow. Sometimes, we dream about the future and don't  appreciate

LETAY presented a new single and a lyric video

At first glance LETAY's new track "Lytsariu lychyt stal" is dedicated to Love. However, this feeling is generalized to a broader interpretation - 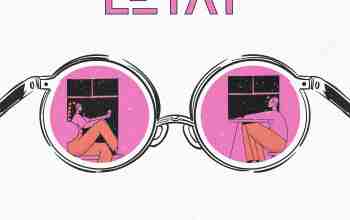 LETAY created their own version of the famous singer's song

When at the end of 2018 Illiaa Letay decided to take part in the talent show "Voice of the Country", at the same time the question arose what exactly to sing at the first stage – the stage of "...