The new single LETAY was created in a way by occurent. One of the songs that Ilya "Letay" Reznikov prepared as a songwriter for another artist had only music and one line of the refrain, which eventually became the title. Usually Reznikov writes the lyrics himself, but this time he decided to try to collaborate with the Kharkiv writer and translator Yulia Maksymeiko. Yulia's first book was published when she was only 14, as the translator Maximeiko is known for her translation of Gustave Flaubert's "Mrs. Bovary" and several works by Agatha Christie. Now Yulia lives in Stockholm - in fact, all communications with Ilya took place according to new trends - remotely.

When I read what Yulia wrote, I immediately felt that it was mine, that if I wrote, that's how I could write, the lyrics immediately became my own… That's how I realized that this is a song for  "LETAY" - the musician recalls , who after such turn of events couldn’t help but leave the song for his project. The track didn’t have a chorus, so Ilya added it himself.

Interestingly, the co-authors were not acquainted before, although they have common comrades, because both are from Kharkiv. As it turned out, Yulia has been following Ilya 's work for a long time:

«I watched him grow and develop literally by quantum leaps. It seems to me that he has a unique timbre. Even the pieces of melody he sang in the Telegram sound unsurpassed… I also like the lightness, the light that Ilya shares. I think creativity, especially permeated with the light, is extremely important for the world to survive.»

The new single was recorded and compiled by Reznikov at his home studio. Famous Kyiv music producer and composer Serhiy Krutsenko brought the final shine with additional compilation and mastering.

Nowadays, when the world is clearly in a state of rethinking the basic factors of its existence, artists involuntarily reflect, paying attention to what ultimately makes the human personality whole. Yulia Maksymeiko describes the meanings of the new song "LETAY" as follows:

«It seems to me that every event, even every emotion requires mental work from us. Sometimes what grows through us is a weed to get rid of. It's a long and painful process, but the freedom that comes later is worth the effort.»

A new lyric track from the author-performer Alexander Yaremenko -  «Чья любовь сильней». The eternal dispute between a man and a woman: Who loves more? 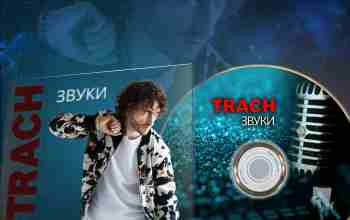 "Звуки" is a new energetic song by TRACH about how to be reborn in music. No matter after what, it matters for what.